A warm ocean breeze... Laying in the sand, enjoying the sun, sipping on a nice smooth cocktail... Sounds good right??? Especially considering its winter and about 11 degrees here in Chicago. Which brings us to this weekends #30for30 the Sea Breeze.

Sea Breeze was actually one of the first drinks I made as a bartender. Sweet, tart, but very refreshing. A classic summertime drink. The cocktail was born in the 1920s, but the recipe was slightly different than the one used today. The original recipe called for Gin and Grenadine, as it was near the end of the Prohibition era. Ironically I'm posting this drink on the Eve of Repeal Day.. 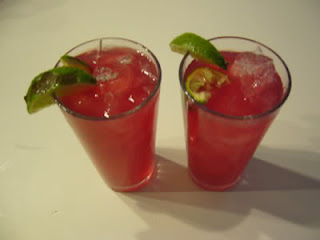 Sea Breeze
1 1/2oz Vodka
2oz Grapefruit Juice
1 1/2oz Cranberry Juice
Pour vodka into an iced highball glass. Fill partially with grapefruit juice and top with cranberry juice. Garnish with a lime wedge, and serve.
Refreshing and sweet this drink follows the renowned principle of balancing strong with weak and sweet and sour. It has a few variations, by adding Pineapple instead of grapefruit makes it a Bay Breeze. It is also closely related to the Cape Codder(Which doesn't use Grapefruit) and the Salty Dog(which doesn't use the Cranberry and is made with Gin)
So while we suffer thru these cold months and your sitting at home waiting for the weather to break, have yourself a Sea Breeze, a get a taste of the summer....

Until Next Time
Mr.Mixologist
Posted by Unknown at 2:03 PM No comments:

The Gimlet is a simple yet good classic drink. No matter how you make it, its a pretty good start up drink for the evening. Its funny most of you have had some sort of Gimlet without even knowing that you ordered one. A Gimlet is made from Gin and Lime Juice. A 1928 description of the drink was: "gin, a spot of lime, and soda" (D. B. Wesson, I'll Never be Cured III).  A 1953 explanation of the drink, says that a gimlet is half Gin, half roses lime, nothing more nothing less. Here is the Original recipe for the Gimlet... 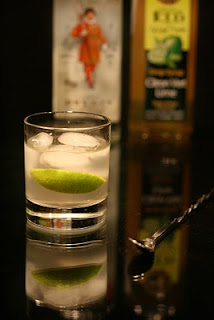 In Modern time, Gimlets have moved to Vodka, and Tequila as alternates to Gin. So this is one of my shorter posts because well sometimes, as the saying goes, Simpler is better. This is a classic drink that has been around for ages and one that there really is no way of making wrong. Myself personally I enjoy a tequila Gimlet made with Inocente, Olmeca, or Espolon as I'm not a huge Gin fan.

Its funny, that I'm drinking a tequila Gimlet as I type this post. Very quick and easy way to end a busy day. So this is a very versatile, yet very relevant drink still to this day!

Until Next Time
Mr.Mixologist
Posted by Unknown at 12:58 AM No comments:

In case you guys didn't know this about me, I'm gonna make it clear... I LOVE COGNAC!!! All types. VS, VSOP, XO.. I love it all. Remy Martin, Hennessey, Pierre Ferrand, etc... Cognac is the drink of Champions!!! But that's just in my opinion. But this discussion of Cognac brings me to today's #30for30 classic drink the Sidecar..

The Sidecar is normally made with Cognac, Orange Liqueur(Grand Marnier, Cointreau) and Lemon Juice. The origins of this drink were unclear ant first, but I digged deep into learning about one of my favorite cocktails. I found out that this drink was created shortly after World War 1 in either London or Paris.  The Ritz Hotel in Paris claims the Origin of the drink.

The first recipes for the Sidecar appear in 1922, in Harry MacElhone's Harry's ABC of Mixing Cocktails and Robert Vermeire's Cocktails and How to Mix Them.

In early editions of MacElhone's book, he cites the inventor as Pat MacGarry, "the Popular bar-tender at Buck's Club , London," but in later editions he cites himself. Vermiere says in his book, "This cocktail is very popular in France. It was first introduced in London by MacGarry, the celebrated bar-tender of Buck's Club."  Later on down the line, in David Embry's book,  The Fine Art of Mixing Drinks ,  he credits the drink to  an American Army captain in Paris during World War I "and named after the motorcycle sidecar in which the good captain was driven to and from the little bistro where the drink was born and christened".

Now normally I enjoy my Cognac straight up and in a snifter, as a sipping cocktail. But I enjoy a Sidecar as well. So how exactly to make one...


Now the classic version of the drink is the one that is posted here, but if you are not a huge fan of Cognac,  Modern bartenders have concocted Sidecars with Brandy, Cognac, Gin, Vodka and even Irish Whisky!!! If you are ever in Chicago, Ill definitely make you a delicious sidecar(shameless plug) or if you are in the downtown area go by the WIT hotel rooftop bar and taste their delicious Blood Orange Sidecar in which they use Blood Orange instead of Lemon juice. Gives a completely different take on this classic drink!! As you can see by the photo below I was pleased by this selection! 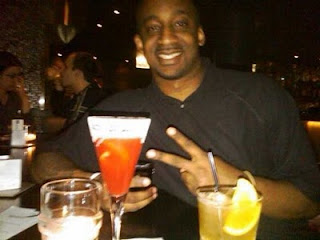 Until Next time
Mr.Mixologist
Posted by Unknown at 6:26 PM No comments:

When I think of South America, as far as spirits and cocktails go, I think Caprihana, Mojito, Cachaca, and Pisco. Ive tasted all of those except for the Pisco Sour. I'm intrigued by this classic because it has some debates about its origin and ways to make the drink.

Both Chile and Peru claim to the origins of this drink. The roots of Pisco itself reach back to the 16th century and stem from Colonial rule. Now what is Pisco exactly? Well it is a Liquor distilled from grapes. Developed by settlers in the sixteenth century as a alternative when the King of Spain banned Wine. The people had to do something with the grapes...

Most accounts is that the Pisco Sour is a variation of the Whisky Sour, which was invented in the early 1920s by American expatriate Victor V. "Gringo" Morris at the Morris' Bar in Lima. The cocktail quickly became a favorite of locals. Soon many of the grand Lima hotels at that time such as the Maury and the Hotel Bolivar began serving pisco sours to their international guests, helping the drink become an international hit. An old advertisement of Pisco Sour was published in 1924 by the Morris' Bar of Lima. 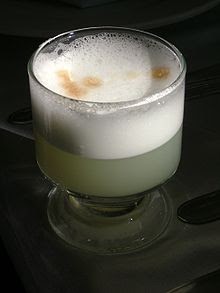 Shake hard or blend with ice and strain into glass. The bitters are an aromatic garnish, topping the finished drink, put on top of pisco sour foam.

Now normally Ive either made or drank the drinks that I post.. But this is a new one for me. So ill leave you guys with a video I found on the web that shows, to me, the proper way to make a Pisco Sour...


So I'm on my way to go get a Pisco Sour and Ill be making some at home to test out what i learned in this blog.

Until Next Time
Mr.Mixologist
Posted by Unknown at 2:44 PM 1 comment: 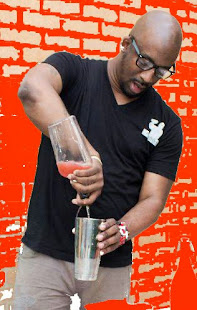